What happened to the Ripe ‘n Ready girls? We all had crushes (no Mazoe) on them right? Who doesn’t remember-slash-miss “Are you ready? Uh-huh! Ripe ‘n Ready!”?

Wait, now I think about it perhaps we probably shouldn’t be promoting this ad at this time especially if one Prosecutor General is lurking around, lest he misconstrues it for consent.

I digress, the point is I yearn for the Zim of my childhood. A Zimbabwe where watching local television wasn’t the torture that it is today. The quality of the productions on the national broadcaster were class, even the ad breaks were enjoyable.

The Chibuku guy will forever be one of my favourites with his yellow shirt, polka dot socks and red handkerchief, akarova smart yake! I quite liked the Sun Jam ad because Nhapitapi Chete! And who didn’t want to be in Tuku’s Olivine Band? (If she doesn’t remember any of these then she really is too young for you bro)

Once upon a time Zimbabwe had talent. It had more talent than the Zim dollar had zeros at the height of inflation. The current Zimbabwe stifles rather than nurtures this talent and as a result we are deprived of Perfection. One only has to look at ZBC to see how far we’ve regressed and know that entire administration has clearly lost the plot.

The national broadcaster is not even a shadow of its former self. The sacking of Rumbidzai Takawira in the recent mass dismissals from ZBC only goes to show that the establishment does not care about ratings or quality for that matter.

Affectionately known on social media as Newsbae, Rumbi made the News at 8 delightfully palatable considering much of it is  (read party) political hogwash. Beautiful, articulate and engaging, I was ever attentive when Newsbae was on the screen despite the grainy picture and distorted sound.

What also stands out is the fact that Rumbi is young. In an environment where the youth in Zimbabwe have been reduced to entertainment it was quite refreshing to see a young person anchoring ZBC News at 8.

Perhaps that was her sin, her youthfulness, because it certainly could not have been performance related. The current Zimbabwean space does not accommodate young, talented individuals. Just ask a young ruling party member, who tried to run in the party’s primary elections before the by-elections for a seat left vacant after a certain Buffalo was ousted.

Few opportunities exist for young Zimbabweans particularly in formal spaces controlled by the State to showcase their talent and skills. When such opportunities present themselves you are likely to be told that you’re too young and that you should wait your turn.

What is striking is that 76.8 percent of the Zimbabwe’s population is under the age of 35. This is surely too large a demographic to ignore or leave out of any sector. If Zimbabwe wishes to be progressive then creating the space for young people to express themselves and their talents should be a top priority.

There are countless examples of how the more aged members of Zimbabwean society deny the youth access to the opportunities specifically designed for young people but dwelling on that would be tiresome and retrogressive.

Rather than sit and wait for our turn we as the youth should be proactive and not let our talents and passions go to waste.

Fortunately there are also a number of examples of young Zimbabweans who choose to create rather than wait, two of my favourite products being Tonight With Zororo and Induna Magazine. Another new initiative which I am keenly following with the hope that it will keep me out of any trouble is Law Hub Zim

It certainly is refreshing and inspiring to see peers taking the proverbial bull by the horns and producing quality Zimbabwean products. Not only does it show that Zimbabwean talent remains abundant but that there are other avenues to be seen and heard aside from the local mainstream.

If we continue to create, to encourage and support each other then the alternative to the status quo will eventually present itself. The cliche says that the future is in our hands but the fact is the present is all we have. 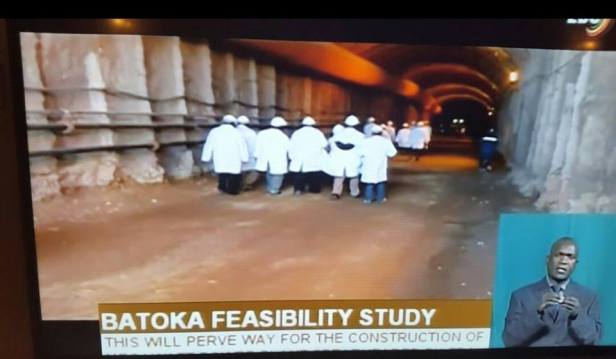 Should we choose to wait it will only “perve” the way for more of the same from ZBC (read Zimbabwe)… and all this without our beloved Newsbae or Ripe ‘n Ready girls.

4 thoughts on “What happened to the Ripe ‘n Ready girls?”